Much to the dismay of Kim Kardashian‘s supporters, ‘Queen of Talk’ Wendy Williams has suggested that the recent attack on Kim Kardashian may have been an inside job.
Click here to read Kim’s account of the robbery.
On a new episode of ‘The Wendy Williams Show’ she said: 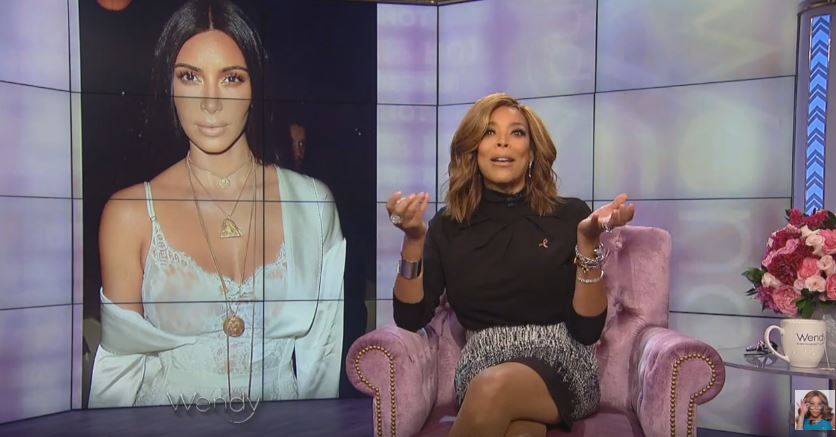 Kim, you can’t have it both ways. In a lot of ways it’s worse than being the First Lady of any County… I would hope that they are not making any part of this story up just for dramatic effect.
We all know this family and they’re kind of souless, you know? So, you can’t believe everything that you hear but this is very upsetting they stole 10 million dollars worth of jewellery and 2 of her phones. I don’t know what’s in the phone that we haven’t already seen.
Here’s the thing, Kim needs to have more security… Well you know what Kim, you should reduce the amount of things you put online
By the way, I think this was an inside job. No, not the concierge but I think one of them people that Kim and Kanye call friends. They knew that you were there at 3 o’clock in the morning and you were by yourself… so thye were like “Don’t kill her, just go in there” and they knew exactly where to go to grab that jewellery.
They’re  We know we can’t trust everything this family says. They’re soulless, you know?

Yara Shahidi Stuns on the Cover of The Hollywood Reporter