Greek Prime Minister Alexis Tsipras has promised his government will submit “credible reform” proposals to its creditors on Thursday.

Mr Tsipras was speaking during a fractious debate on the Greek debt crisis in the European Parliament.

Greece is desperate for a third bailout to avoid bankruptcy and possibly crashing out of the euro currency.

Meanwhile, the Greek government has insisted that there is no threat to food and fuel supplies.

In a statement, the Ministry of Economy, Infrastructures, Maritime Affairs and Tourism “reassures both the Greek citizens and the visitors (tourists) that there are adequate food supplies in the market and that their prices remain stable”.

European leaders have set Thursday as the deadline for serious reform plans from Greece in exchange for more aid.

An emergency summit involving all 28 European Union members – not just the 19 eurozone countries – will take place on Sunday.

Earlier, he urged Europe not to succumb to “division”.

The left-wing leader was greeted by both boos and cheers as he entered the European Parliament, where he criticised previous bailouts for turning Greece into an “austerity laboratory”. 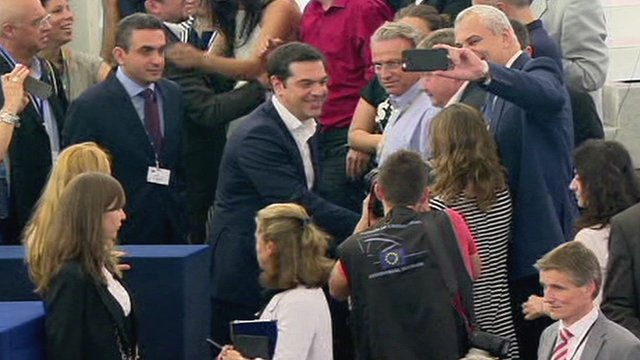 Mr Tsipras was speaking only days after the Greek people decisively rejected the latest proposals from creditors in a referendum.

The Greek people “stood up and were counted – we have to listen to what they said.”

Greece’s failure to come up with new proposals at a eurozone summit on Tuesday angered several European leaders, and some of that frustration was reflected in the European Parliament debate.

“The extremists of Europe are applauding you,” he said, referring to support from both left and right in parliament.

However, some MEPs displayed placards saying “No”, praising the result of the Greek referendum. 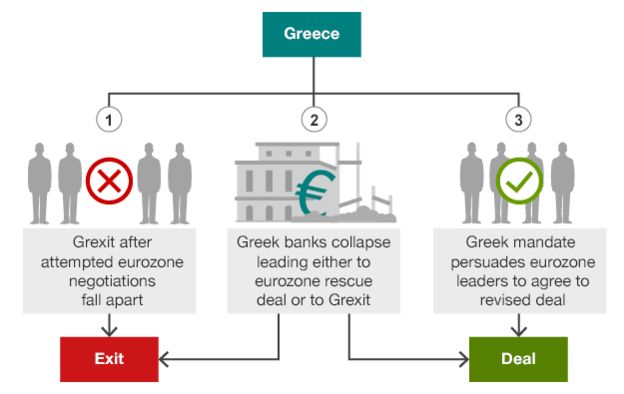 Greece’s creditors – the European Commission, the European Central Bank (ECB) and the International Monetary Fund – have already provided more than €200bn in two bailouts since a rescue plan began five years ago.

Sources say Athens is requesting a fresh three-year loan in exchange for reforms.

In addition, the ECB’s governing council is discussing its emergency lending for Greek banks, though no change is thought likely before the weekend. Since last week, the ECB has refused to extend lending.

Some MEPs displayed placards in sympathy with the Greek people… When Alexis Tsipras talked, there were plenty of MEPs who listened and liked.

Beaming left-wingers queued up afterwards to shake his hand. The far-right saw much in his words that echoed their own anti-Brussels agenda. For UKIP, Nigel Farage said the Greeks were a brave people, and advised their prime minister to seize the nettle and lead them out of the single currency.

Of course, most Euro-deputies represent the mainstream and so took a more critical line. The conservative, socialist and liberal groups have little trust in Mr Tsipras and his promises for change. Like the European Commission, they sense that the Greeks are still playing for time, with no real intention of offering concessions.

One widely held view is that Mr Tsipras has always intended to leave the euro, but wants to get kicked out rather than leave of his own volition. That way it’s Brussels – and Berlin – which get the blame.

“The Commission does not want a Grexit. Grexit would be a terrible failure and we are fighting to avoid it.”

But, first, he said proposals must come from the Greek side. 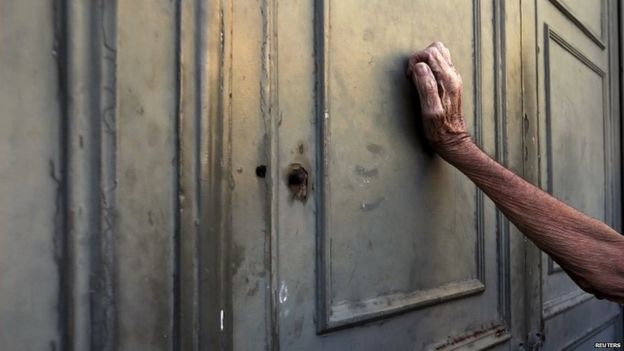 Greece’s banks have been shut since its last international bailout programme expired on June 30th and it missed an IMF payment.

Capital controls mean people are unable to withdraw more than €60 (£43; $66) a day from cash machines.